Setting Goals for the Future.

A spiritual goal might be defined as an aim, objective, or purpose toward which God directs a believer to strive.

Without goals, people tend to drift.

A spiritual goal does not mean visioning, dream-ing, or engineering any design apart from the Lord.

A spiritual goal might be interrupted and reshaped by God at any time.

Jesus walked without deterrence toward the cross God determined for Him.

Eph. 1:10 [NCV]. His goal was to carry out his plan, when the right time came, that all things in heaven and on earth would be joined together in Christ as the head.

Paul lived the Christian life with the goal constantly in mind.

Phil. 3:14 [Weymouths]. With my eyes fixed on the goal I push on to secure the prize of God’s heavenward call in Christ Jesus.

Setting Goals for this Summer. This summer we will organize our efforts around the theme SUMMER SURGE. We hope to surge not slump in Sunday School, Stewardship, Singing, Sharing, and Serving. I will bring a special series of studies around the disciplines of the Christian life, which we will call Summer Camp.

I look forward to a great day this Sunday!

Getting Ready for the LORD’S SUPPER

Mt. 26:28. For this is my blood of the new testament, which is shed for many for the remission of sins.

“There ought to be such a preparation for any meeting with God, in any of His ordinances.”

“The bride decks herself with her garments for the bridegroom. We are to do so for the meeting with Christ in this ordinance, — to stir up all the graces God hath bestowed upon us, that we may be decked for
Christ.” (John Owen)

Only baptized believers properly participate in this ordinance. A believer partakes of the Lord’s Supper in a worthy manner (1 Cor. 11:27) by discerning the great sacrifice of the Lord’s body (Heb. 10:29) and the precious blood (1 Pet. 1:18-19). In preparation for the
Lord’s Supper, a believer should ask “Lord, is it I?” Through this self-judgment and the confession of known sin, a Christian makes spiritual preparation to take the Lord’s Supper.

“And on the Lord’s own day gather yourselves together and break bread and give thanks, first confessing your transgressions, that your sacrifice may be pure. And let no man having his dispute with his fellow join your assembly until they have been reconciled, that your sacrifice may not be defiled; for this sacrifice it is that was spoken of by the
Lord:” (The Teaching of the Apostles, 14; c.a. A.D. 125) 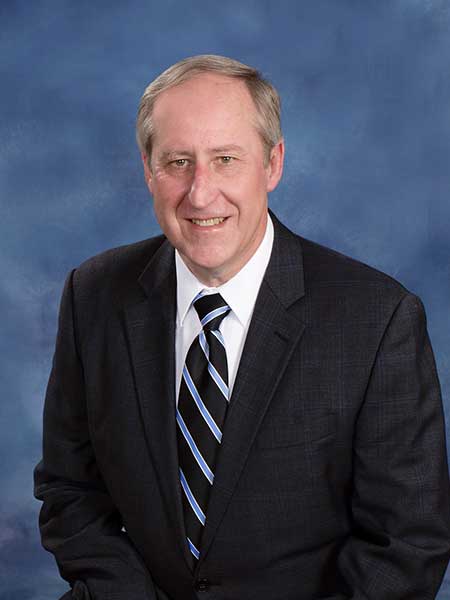 Be Thankful to God!

1 Th. 5:18. In every thing give thanks: for this is the will of God in Christ Jesus con-cerning you.

“In everything” – The Apostle meant to associ-ate thanksgiving in everything. One translation reads: “Continue to give thanks whatever be your lot.” Chrysostom said, “Even if it be dis-ease or poverty.” Spurgeon said it meant praise to God “in every situation, under every circum-stance, before, in and after trials, in bright days of glee, and dark nights of fear.”

Ps. 34:1. I will bless the LORD at all times: his praise shall continually be in my mouth.

Alexander Whyte, the Scottish preacher, always began his prayers with an expression of grati-tude. One cold, miserable day his people won-dered what he would say. He prayed, “We thank Thee, O Lord, that it is not always like this.”